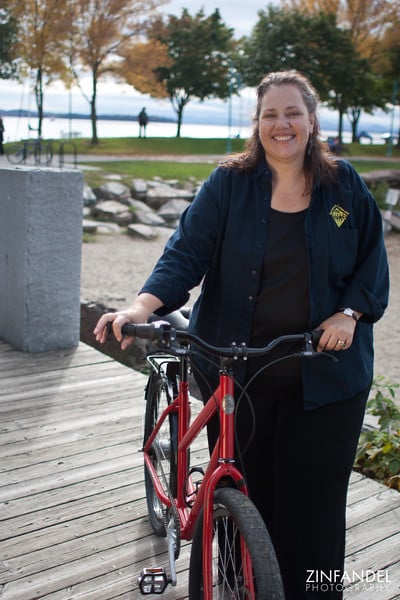 Joan Denizot, ZIZE Bikes Founder and CEO, created this shop in 2005. A big woman, Joan realized that nobody was making bikes that were safe for a person of her size. She decided that instead of just taking care of herself and having a bicycle custom-built, she’d build a store where any person of size could find a strong bike.

What Joan discovered, after spending hundreds of hours researching, is that people just don't make bikes for those of us who weigh over 200 pounds. Okay, 225 if you're pushing it.

She also discovered that it is really quite dangerous for a person who weighs more than the bike is intended for. A bike is a piece of machinery, and if too much weight or pressure is put on the parts, things can break. Hopefully most breaks won't result in getting hurt, but the potential is definitely there for a catastrophic injury. YIKES!

Biking is one of the easiest, most fun, and least expensive exercises. Plus, it's non-weight bearing, which means it's much easier on your joints, which is very important for heavy people. Selecting the correct machine for you requires a thorough knowledge of bicycles, an understanding of what your physical characteristics are, and knowledge of the environment in which you plan to ride.