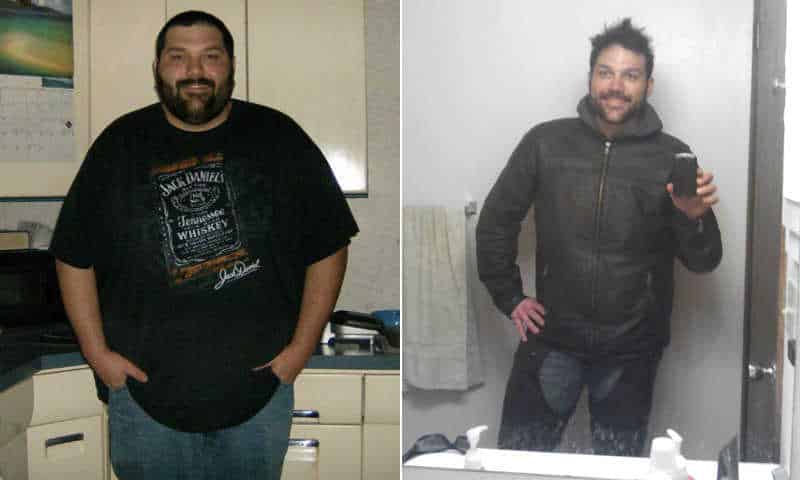 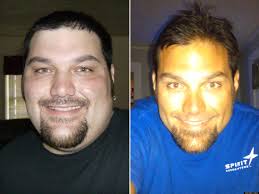 “In 2010, I saw pictures of myself on Facebook and felt terrible about myself,” Jeremiah said. Being a teenager at over 400 pounds, he felt that life had been difficult, unhappy, and unfair. He couldn’t take a bath simply because he couldn’t fit in a tub. He couldn’t ride amusement park rides or fit in the backseat of a car. Girls ignored him. Others made fun of him.

Upon seeing the numbers on the scale,  he knew he had to change as quickly as possible.

Jeremiah was very active in sports in high school.  When he started working at 16 and quit playing football and baseball, he “started eating an obscene amount of fast food.” By high school graduation, he ballooned to over 400 pounds.

“I let MickeyD’s and Burger King be my personal chef for the previous 12 years,” he confessed.

His weight loss journey began by changing his bad eating habits. He knew that food is a difficult addiction to cope with but he still managed to quit fast food and began cooking for himself. He started eating protein-rich diet including fish, pork, chicken, turkey, nuts, and vegetables. “I eliminated most carbohydrates and sugar, and I began drinking only water.”

At work, he started walking a 37-step stairs during lunch and breaks. “When I started, I could only walk to the top four times before I was winded and soaked with sweat.” At 400 pounds, he had tough times climbing up and down the stairs, but did not give up and lost a significant amount of weight. Jeremiah found each excruciating step worth it.

He then started riding a bicycle. He did it initially for relaxation. But he soon realized that it would be a great mode of transportation. So he bought a nicer, more travel-friendly bike and started commuting to work on it, 8.5 miles one way.

His first few rides were very challenging. But the tougher the ride gets, the more he’s determined to pedal even harder. His legs ached. He felt chest pains and he was exhausted. But after each ride, he felt happier and more fulfilled.

He cycled to work everyday and lost 142 pounds overall. “After weight loss, I could sprint up the stairs at work 25 times.”

Now, his life is a complete 180-degree turn from what it was three years ago. “I can do my job easier, walk about in public without the overwhelming feeling of being watched and judged,” he related. “Working on my race car is much easier, too. I can get under it without having it three feet off the ground. And women actually notice me. I don’t know how to take it, but I sure do like it!”