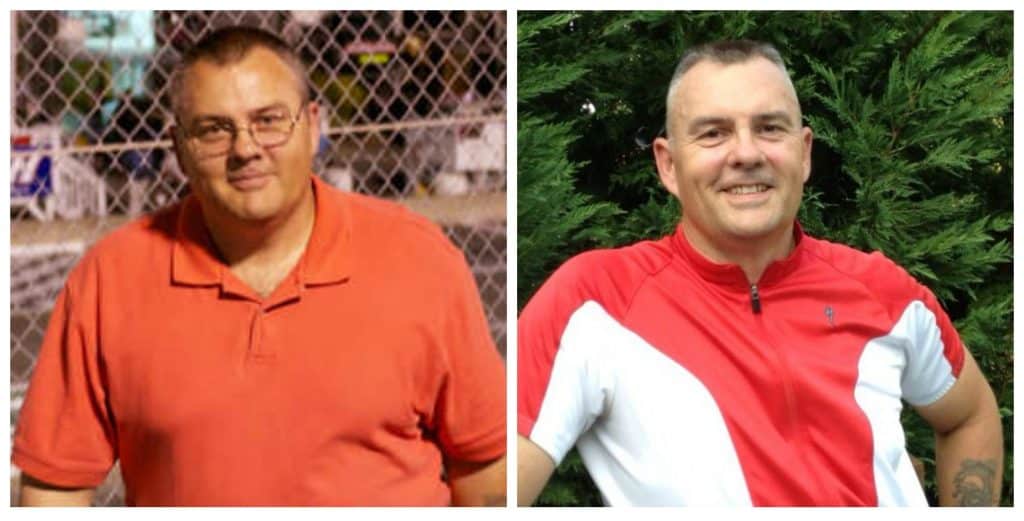 Featured Success Story of the Month:

From a “total mess” to cycling across America! 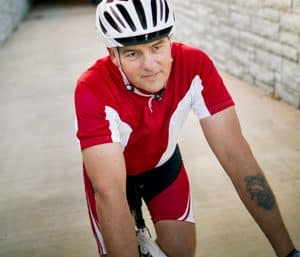 “My doctor told me, ‘If you don’t get off your tail and lose weight, you won’t see your kids graduate,’” Scott Trombley said. At 46, he weighed 320 pounds because of a bad eating habit that replaced a nicotine habit.

“To say I was a mess was an understatement,” he said. He had a coronary-artery disease and three stents in his heart. He had also entered the early stages of diabetes.

He tried to lose weight. He dieted, took walks, and when he could tolerate his aching knee, he jogged. He did all of them with no avail.

In a car after getting his third stent, he saw some cyclists on the road. “I wish I could do that,” he told his wife. Then his wife replied, “Why not do it?”

Those four words became his motto over the next few years.

He bought a bike, a pair of shorts, and an XXL jersey. “I looked like an overfilled sausage casing,” he described. Nonetheless, he headed out for the first ride of his new life with high hopes and determination. He bravely faced any possible humiliation or discrimination because he knew it will be all worth it. He knew that he had to work and fight for his life and for his family.

Scott began cycling every day. He began with just a few miles. He had tough times riding at first. But his strong desire to be healthier and live longer made him endure all the physical pain and hardships, as well as all the emotional struggles. After two weeks, he conquered 10, then 15, and then 20 miles. He fell in love with biking and it became his new addiction. He had discovered that it was way better than any energy booster or substances, for that matter.

He rode the seven-mile trek to work. On Saturdays, he rode with a cycling group and competed against his own times. After eight months, he’d ridden a total of 4,000 miles.

Since he was first he was focused on riding, he didn’t pay attention to the fact that he was actually changing his shape. “I had such a good time on a bike, I didn’t realize the side effect – I was losing weight.” Now, he’s lost a total of 105 pounds. His blood pressure has significantly reduced, as well as his cholesterol meds. “I feel better than I have in years,” he said. He’s healthier, more active and much more energetic-no more catching breaths after a few steps around the house,  no more heart burns or painful knees, no more long idle hours on the couch in front of the TV- he’s discovered a better and healthier activity!  Overall, he’s more alive, happy, and fulfilled than he ever remembers being.

For Scott, rediscovering biking not only led to significant weight loss, but a whole new take on life.  And that makes him a happy man.